It's only been 2 years since the last time I was pregnant and gave birth to Kyo, but it was uncanny how I just could not remember the whole experience from start to end, when I tried to recall it before my hospitalization, so much so that I felt I was going through my 2nd birth to Mirai as a whole new experience.
Then as the process kicked in, the memories cames back in parallel - here's my sharing:
1) how it felt when my water bag burst.
Similar to my first birth experience, my water bag burst when I was on the bed and my doctor was checking how dilated I was. I suspect my obstetrician has a knack for painlessly poking and breaking water bags but she always proclaims a disclaimer after it breaks that it was the baby who is indicating that she is ready to come out. So again there was no drama around when and where my water bag burst, but the second time around I felt like there was just so much water gushing out over the span of 2 hours since my water broke in the observation room and I was still leaking even after being shifted to the birthing suite.
2) how it felt to have epidural administered.
Sudden shot to the spine, imagining a big needle going into your back (when actually it wasn't that painful at all). The needle that hurt the most was the one they put in your hand, above the wrist, where they attach the plastic tap etc for the drips. I hate anything that is jabbed into my hand and wrist as I always feel I can no longer move that hand once there is a needle in it. This is also where it bruises the most and is the most frightening to remove. Urgh!
I had a different anesthesist this time, and my body reacted and displayed more side effects than my first time. At 8ml dosage (supposedly lower than my first time as well), both my legs were numb with minimal muscle control of my right leg. I was feeling the side effects - shivering from cold, feeling sleepy... I kept yawning until finally I shut my eyes and took a nap. I sort of remember how I could still feel my legs with my first epidural and how I never felt this cold or shivery. Luckily it didn't take long after I opened my eyes from my nap to find out that my contractions were already at 1 to 2 minute intervals and the nurses had already informed my obstetrician to come to the delivery room.

3) how it felt to push and feel your baby come through to the outside world.
I vaguely remember that I pushed for less than 20 times before Kyo came into this world. I could feel my legs and both my hubby and I actually put in a lot of effort around my breathing, pace and position to successfully push her out. Even then, she had to be suctioned and I had to have an episitomy before she made it into this world at just past 3kg.
The experience with Mirai was comparably more relaxed. Even the nurses did not think it was necessary to "teach" me how to push this time. My obstetrician advised me to inform them the moment I felt pressure in the lower regions as that would be our cue to start pushing. Sure enough, once I felt the pressure, it took less than 8 pushes and Mirai was out! I had an episiotomy again this time (although Mirai was only slightly above 2.4kg) but no suction was required and no nurses pressing on my belly or womb either, whether for baby or for the ejection of the placenta. Generally I felt much better and more energetic just after birth this time, and what a wonderful feeling to cuddle my child and latch her on minutes after she came into this world.

4) how it felt to hear my baby cry seconds after she pops...
Nothing can describe the joy of hearing my baby cry after they come into this world. Both Kyo and Mirai had very strong cries, but I was able to distinctly compare both babies' cries at the time I heard Mirai's cries for the first time, and conclude that Kyo had a slightly deeper voice compared to Mirai's higher octave shrieks. 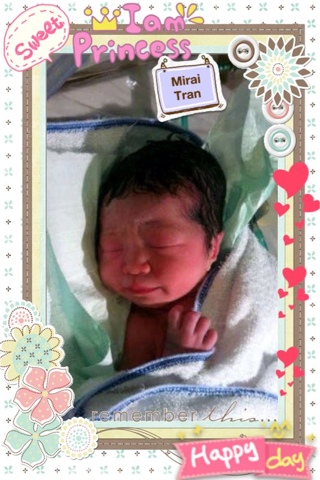 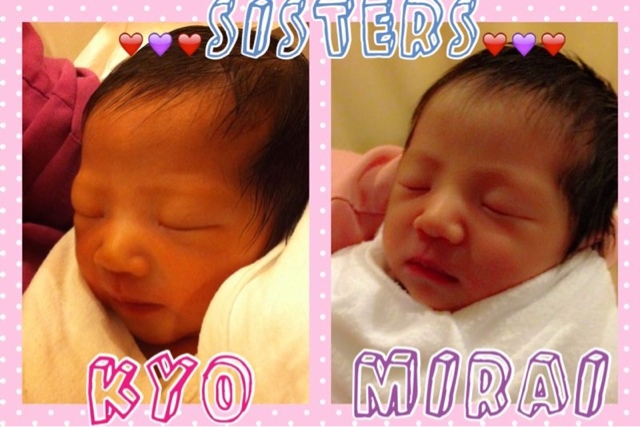 We tried to look for your email contact but it does not seem to be available on your blog. So we are contacting you via a comment.

On behalf of the National Library Board (NLB), we would like to invite you to pledge your blog to the Singapore Memory Project (SMP).

We find that your entries about your exciting experiences would be a great addition to the Singapore Memory Project.

We think your blog would offer a different perspective. Whether your posts are an account of your daily life or an expression of your thoughts, our project hopes to find a home for these memories so that it can help build a ground-up understanding of Singapore.

If you believe memories are worth preserving, simply pledge your blog here: http://singaporememory.simulation.com.sg/Public/Pledge.

The SMP is a national initiative started in 2011 to collect, preserve and provide access to stories, moments and memories related to Singapore. For more information about this initiative, you may wish to contact Mr Patrick Cher at patrick_cher@nlb.gov.sg or read the FAQ.

[Simulation Software & Technologies (S2T) Pte Ltd. is the officially appointed vendor for SMP for the period Nov 2012 to Dec 2013.]

Hi Krishna
thank you for the information. I have pledged my blog.
Hope my blog can help to provide a different perspective on life as a singaporean mum who blogs on the go.
Glad to contribute to the bank of memories!
Cheers,
Adeline